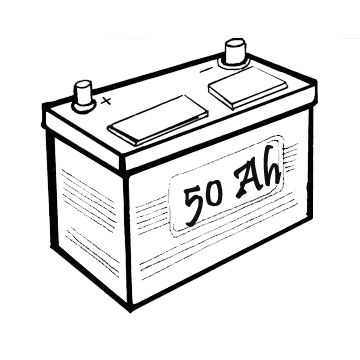 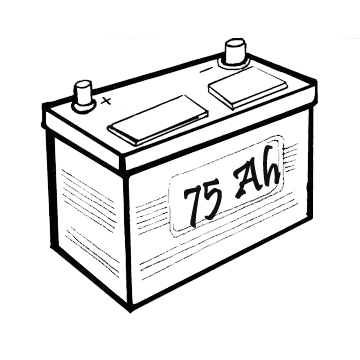 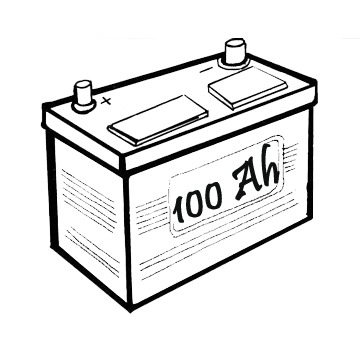 1. What is LiFePO4 Battery?

The lithium iron phosphate (LiFePO4) battery, also called LFP battery (with "LFP" standing for "lithium ferrophosphate"), is a type of rechargeable battery, specifically a lithium-ion battery, which uses LiFePO4 as a cathode material. LiFePO4 batteries have somewhat lower energy density than the more common lithium cobalt oxide (LiCoO2) design found in consumer electronics, but offer longer lifetimes, better power density (the rate that energy can be drawn from them) and are inherently safer. LiFePO4 is finding a number of roles in vehicle use and backup power.

LiFePO4 is a natural mineral of the olivine family (triphylite). Its use as a battery electrode which was first described in published literature by John B. Goodenough's research group at the University of Texas in 1996, as a cathode material for rechargeable lithium batteries. Because of its low cost, non-toxicity, the natural abundance of iron, its excellent thermal stability, safety characteristics, electrochemical performance, and specific capacity (170 mA·h/g, or 610 C/g) it gained some market acceptance.The chief barrier to commercialization was its intrinsically low electrical conductivity. This problem was overcome by reducing the particle size, coating the LiFePO4 particles with conductive materials such as carbon, or both. This approach was developed by Michel Armand and his coworkers. Another approach by Yet Ming Chiang's group consisted of doping LFP with cations of materials such as aluminium, niobium, and zirconium. Products are now in mass production and are used in industrial products by major corporations including Black and Decker's DeWalt brand, the Fisker Karma, Daimler AG, Cessna and BAE Systems. MIT introduced a new coating that allows the ions to move more easily within the battery. The "Beltway Battery" utilizes a bypass system that allows the lithium ions to enter and leave the electrodes at a speed great enough to fully charge a battery in under a minute. The scientists discovered that by coating lithium iron phosphate particles in a glassy material called lithium pyrophosphate, ions bypass the channels and move faster than in other batteries. Rechargeable batteries store and discharge energy as charged atoms (ions) are moved between two electrodes, the anode and the cathode. Their charge and discharge rate are restricted by the speed with which these ions move. Such technology could reduce the weight and size of the batteries. A small prototype battery cell has been developed that can fully charge in 10 to 20 seconds, compared with six minutes for standard battery cells.

One important advantage over other lithium-ion chemistries is thermal and chemical stability, which improves battery safety. LiFePO4 is an intrinsically safer cathode material than LiCoO2 and manganese spinel. The Fe–P–O bond is stronger than the Co–O bond, so that when abused, (short-circuited, overheated, etc.) the oxygen atoms are much harder to remove. This stabilization of the redox energies also helps fast ion migration.
As lithium migrates out of the cathode in a LiCoO2 cell, the CoO2 undergoes non-linear expansion that affects the structural integrity of the cell. The fully lithiated and unlithiated states of LiFePO4 are structurally similar which means that LiFePO4 cells are more structurally stable than LiCoO2 cells. No lithium remains in the cathode of a fully charged LiFePO4 cell—in a LiCoO2 cell, approximately 50%
remains in the cathode. LiFePO4 is highly resilient during oxygen loss, which typically results in an exothermic reaction in other lithium cells. As a result, lithium iron phosphate cells are much harder to ignite in the event of mishandling (especially during charge) although any fully charged battery can only dissipate overcharge energy as heat. Therefore, failure of the battery through misuse is still possible. It is commonly accepted that LiFePO4 battery does not decompose at high temperatures.[9] The difference between LFP and the LiPo battery cells commonly used in the aeromodelling hobby is particularly notable

5). High security .Our battery is 100% safe lithium battery in the world .It will never catch fire or bomb
under worst condition

6). LifePo4 battery can deep discharge till 100% DOD. Even the voltage goes down to nearly 0 volt
shortly, it can still recharged to rated voltage

7). LifePo4 batter don't include any liquid then it is maintenance free.

4. How to Choose a LiFePO4 Battery

5. How to Remove and Install a Car Battery

No matter how well your vehicle is working, if your battery dies and can’t be recharged, you’re stranded in a vehicle
that you can’t drive in for service. A battery usually has a sticker on it that shows when you bought it and how long you
can expect it to survive. To prevent being stuck on the road with a dead battery, enter that information in your owner’s
manual and have the battery replaced before it comes to the end of its life expectancy.
Pull your gear together — an adjustable wrench, a couple of clean lint-free rags, a pair of disposable latex gloves,
some water and baking soda, a battery brush, and an inexpensive pair of safety goggles — and then follow these steps:

1). Turn off your engine.
Make sure that your vehicle is in Park, with the engine shut off and the parking brake on.

2). Open the hood and place a blanket or pad over the fender.
This protects your car from corrosive battery acid.

3).Remove the cables from the battery terminals.
Look in your owner’s manual to see whether your vehicle has negative ground (most do). If it does, use an adjustable
wrench to first loosen the nut and bolt on the clamp that holds the battery cable on the negative terminal. (That’s the
post with the little “–” or “NEG” on it.) If your vehicle has positive ground, loosen the cable with “+” or “POS” on it first.
Remove the cable from the post and lay it out of your way. Then remove the other cable from its post and lay that
aside.(if your old battery is LifePo4 battery bought from us, just turn off the power, then remove any cable from any
terminal). If you have trouble loosening the bolt, grab it with one wrench and the nut with another, and move the
wrenches in opposite directions. In this case, you don’t want to remove the bolts; just loosen them enough to release
the cable clamps.

4). Remove whatever devices are holding the battery in place.
When you’re removing a bolt or screw, after you’ve loosened it with a tool, turn it the last few turns by hand so that you
have a firm grip on it when it comes loose and it doesn’t drop and roll into obscurity.

6). If the tray on which the battery was standing is rusty or has deposits on it, clean it with a little baking soda dissolved
in water. Wear your gloves because the battery stuff is corrosive, and be sure the battery tray is completely dry before
taking the next step!

7). Turn off the power of the LifePo4 battery and Place it on the tray.
Make sure it is facing in the same direction as the old one was.

8). Replace the devices that held the old battery in place.
Try to wiggle the battery to make sure it’s completely secure.
Maybe our battery is a little shorter or longer than your old battery, and some hold-down clamp maybe can't hold this
battery, if you have any trouble to secure it, just let us know, we will help you have a right solution.

9). Replace the battery cables on the terminals in reverse order from which you removed them, then turn on the power
of this battery.

10). Take the old battery to a recycling center that accepts batteries.